The situation last night: the Dodgers have trailed from the very first inning, when fifth starter David Huff surrendered three runs on a single and two homers.  When the Dodgers score a catchup run, the Mariners answer back.  In the eighth inning the Dodgers get tying and winning runs on base and briefly touch a 50% win percentage, but in our eigenuniverse Grandal grounds into a double-play, and after eight and a half innings the Dodgers still trail, 5-4. 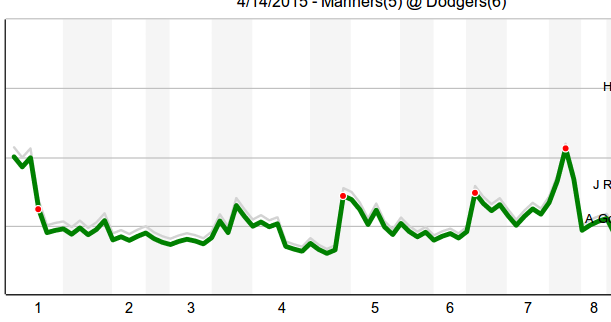 After two singles the Dodgers hold first and third, but on Crawford’s ground ball to third Justin Turner errs in breaking for the plate and, when he abruptly swerves out of the ensuing rundown to get a sandwich (I assume), he is called out for leaving the basepath.  Adrian Gonzalez walks to load the bases—in the latest sign of the ravages of age, he finishes the night sans either a triple or a home run, dropping his average to .548 and his slugging to 1.194.  The pressure is on Howie Kendrick, who delivers a single to right.  Rollins scores.  Crawford goes for it.  Will he be the second Dodger cut down approaching the plate this inning?  Here’s the play 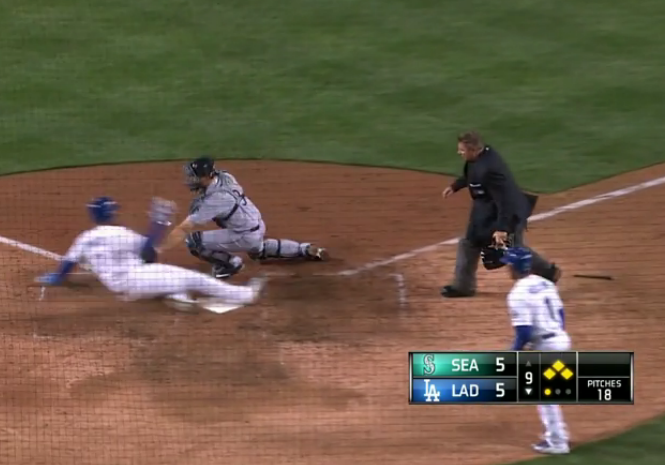 And here’s the outcome.  It’s unanimous: Dodger Jimmy Rollins and umpire Greg Gibson both signal that Crawford is safe! 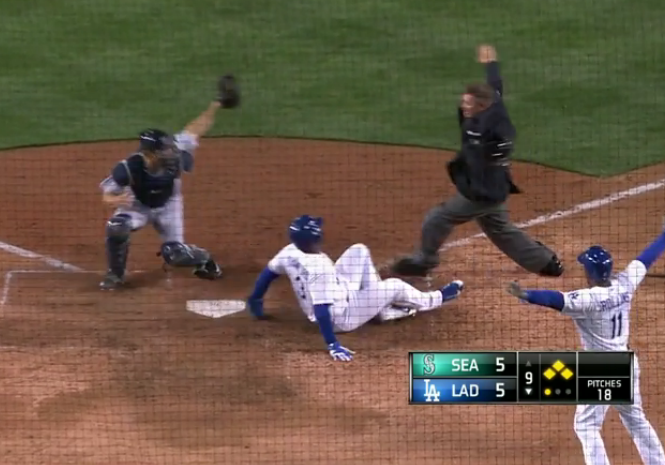 Let's see that fine form from another angle! 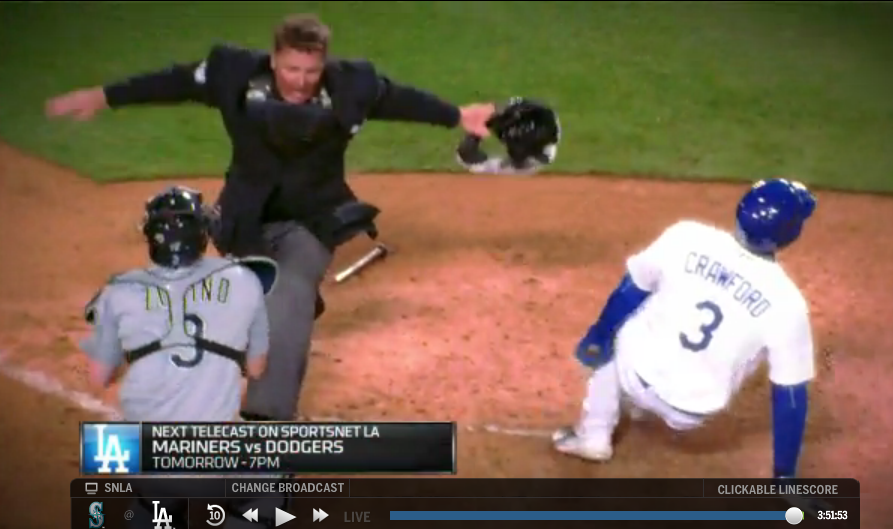 P.S. Monday night the Dodgers won 6-5 in the tenth.  Last night, 6-5 in the ninth.  I'm not making any predictions, but if I had a convertible and lived in Los Angeles I would park it with the top up tonight, just in case.